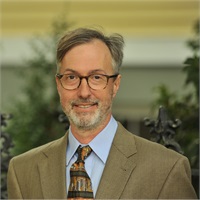 Dylan began his professional career in IT after completing his BS in Information Systems. After twenty years in the IT field, Dylan outgrew his role and decided to pursue other interests. Having managed a personal investment account for over 25 years, which began in middle-school looking up stocks in the newspaper, coupled with his attention to detail, led him to a role at Marion Investment Advisors. Dylan has learned many new ideas working with Edward and is continually growing in his capacity and position within the company.

Dylan is married with two adult children and too many dogs. While having too many interests and hobbies to list, he spends most of his free time as an avid cyclist, photographer and fisherman. His enjoyment of renovation projects includes the renovation of our historic office building on Lincoln Street.

"There is so much more to retirement than financial planning, social security, and Medicare. I feel I can help people move through this very exciting and concerning time of life. There are many ways to learn about how to work, parent and plan for the future, but there is very little in the way of how to live and get the most from being retired."