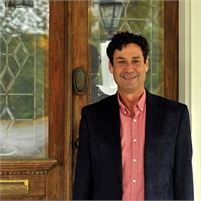 At age thirty, Marion stepped away from Corporate America and opened a wholesale/retail business that expended to five locations in two states. He sold his share of the company after accepting an opportunity to live in Europe and work as an independent business consultant.

During his seven years in Europe he assisted private investors restructure recently purchased government owned companies. These companies were later sold to Multinational Corporations for profit. At age forty he retired and traveled to Central America.

In 2003, Edward returned to his native state of South Carolina.

During this span of time Edward maintained an investment account, which he sometimes self-managed and sometimes had managed by others. Having worked closely with a diverse group of companies and individuals, he has firsthand experience in the various ways to invest, the risks and rewards, and the pitfalls to be avoided.

“Everything I have done in the past was in preparation for what I am doing today. Helping people understand investing so they may invest with confidence is what I what I was meant to do. In short, I get it, understanding it and explaining it comes natural to me.

Having worked in various businesses (not just in the U.S.) and having personal investment experiences in many types of strategies, I am able to provide a real world perspective when discussing the various types of investing.”